A young blonde woman weeps openly on camera, her manicured fingers perched wanly against her cheekbones. “I can’t take it any more,” she sobs in Norwegian. “What sort of life is this?” Her name is Anniken Jørgensen, one of three young fashion enthusiasts who “star” in a five-part online reality series about the horrors of sweatshop labor in Cambodia. Tapped by Aftenposten, Norway’s largest newspaper, for the social experiment, 17-year-old Jørgensen, along with 19-year-old Frida Ottesen and 20-year-old Ludvig Hambro, flew to the Southeast Asian country’s capital of Phnom Penh, where they experienced a modicum of a Cambodian textile worker’s life for a month in 2014.

Episode 1 – How many will die here every year: http://www.aftenposten.no/webtv/#!/video/21032/sweatshop-ep-1-how-many-will-die-here-every-year

Like teenagers on spring break, the trio start out curious but carefree—that is, until they begin to come to terms with the conditions around them. In Episode 2, Jørgensen, Ottesen, and Hambro visit the home of Sokty, a factory worker who lives in a cramped shoebox of an apartment in Phnom Penh. “I feel sorry for her, but then I think that this is how she has lived all her life,” Ottesen says in the video. “For her, this is her home; she does not think it’s bad.” She muses: “It’s really weird being here.”

As the series proceeds, cracks begin to appear. Hambro is visibly perturbed at an excursion with Sokty to Mango, where a $35 blouse costs more than a month’s worth of rent. “I think it was tough to be at Mango,” Hambro says later. “Those who make the garments should also be able to afford them.”

Episode 2 – Our bathroom is larger than her entire house: http://www.aftenposten.no/webtv/#!/video/21035/sweatshop-ep-2-our-bathroom-is-larger-than-her-entire-house

After spending an uncomfortable night in Sokty’s apartment, where they stay up talking, the trio are surprised to learn of their host’s dissatisfaction with her life. “I was sure she would say yes,” Jørgensen says. “Because everybody here looks so happy. They don’t see the alternatives; they have not seen Norwegian houses.” She pauses. “I thought she would say yes,” she adds softly.

Hambro, equally circumspect, compares life in Norway with living in a bubble. “You think you know; you think you know it’s bad,” Hambro says. “But you don’t know how bad it is before you see it.”

It’s in Episode 3 that the Norwegians report to their first shift at the garment factory. As the hours crawl on, amusement fades into anguish. “It’s like an eternal vicious cycle,” Ottesen says, forcing a laugh. “It never stops. You just sit here and sew the same seam over and over again. I’ve been here for over two hours, just doing the same [thing]. I’m hungry and tired and my back aches.”

Fatigue, hunger—not to mention the crippling pressure to keep producing—soon set in. The struggle on their faces is plain. “I am so exhausted I don’t know what to say or feel,” Hambro says.

Still, he admits the situation in other facilities in Cambodia may, in fact, be worse. “The awful truth is that this is one of the few places the actually let us in,” he says of the factory, which has no toilet paper, a single fan, and chairs so uncomfortable the workers would rather stand. “I wonder how other places are, where we’re not welcome.”

But the workload wasn’t even the threesome’s biggest challenge. In Episode 4, the show’s producers charge them with feeding the entire television crew on a day’s earnings—$3 apiece, or a total of $9.

Episode 4 – The large chains are starving their workers: http://www.aftenposten.no/webtv/#!/video/21038/sweatshop-ep-4-the-large-chains-are-starving-their-workers 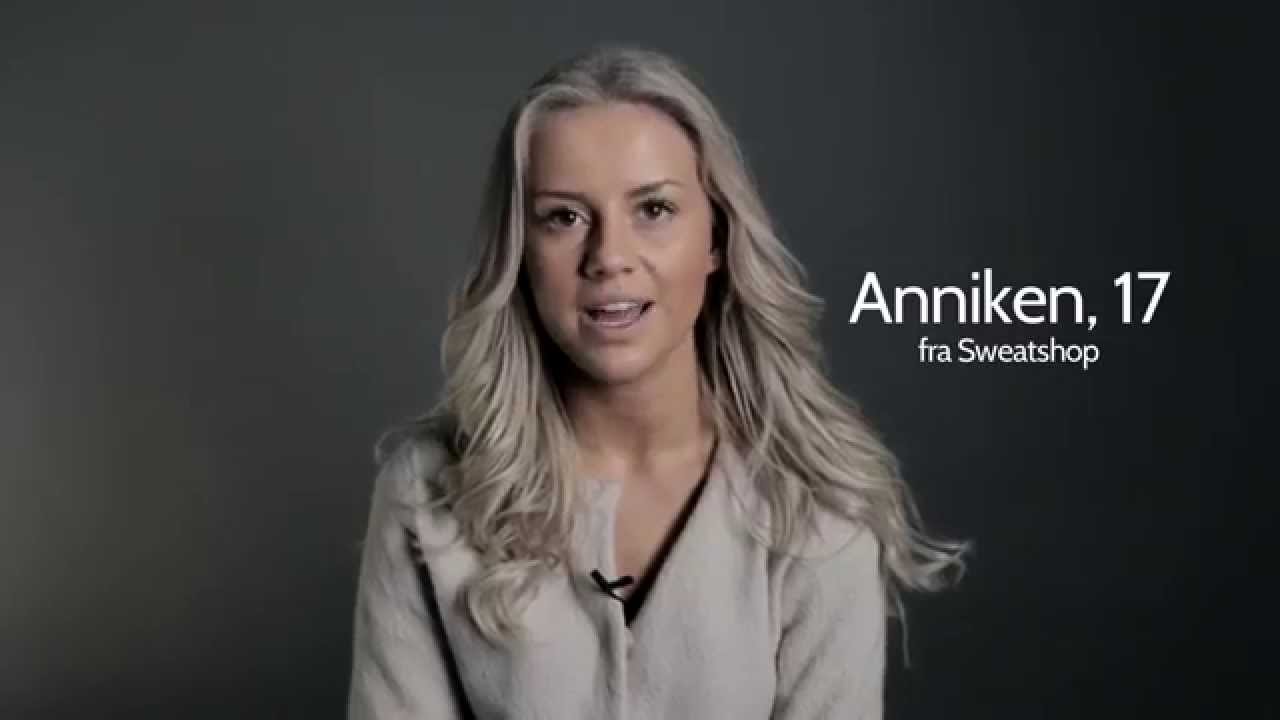 “To experience how short $9 reach is something you can’t see on TV,” says Hambro after they rustle up a thin vegetable soup with a few morsels of chicken. “What it actually costs to live here, you just don’t get to know. They don’t have money for food; the big fashion chains starve their workers. And nobody holds them responsible.”

By the end of the series, the three are transformed, particularly Jørgensen, who described the workers’ lives in Episode 1 as “just okay; they have a job!”

“I have this idea that so many people around the world are unnecessary,” she tells the camera in the final episode, her cheeks moist with tears. “They are nothing and they do nothing all their life.”

After hearing a story from a woman whose mother died—essentially of starvation—when she was still a baby, Jørgensen breaks down crying. “Her mother did not die because of illness or because she was killed,” she says. “She starved to death because they did not have money for food.”

Ottesen jabs her finger at apparel giants like H&M. “I don’t understand why the big chains, like H&M, don’t act?” she says. “H&M is a big company with massive amounts of power. Do something! Take responsibility for your employees.”

H&M, which has a significant presence in Cambodia, declined to be interviewed for the program. It did, however, release a statement vaunting its position on Cambodia.

“H&M is clear that the wages in manufacturing countries like Cambodia [are] too low,” a spokesman for the Swedish company said. “Therefore, H&M, in 2013, as the first fashion company, launched a concrete plan to enable living wages through our contractors. The measures include, among others, contributing to negotiations between employer and employee, to facilitate union organization, as well as training in rights.”

The show, H&M added, does not represent its efforts at social responsibility. “The comments give a wrong picture of the work we do around the working and salary conditions at our contractors,” it said.

Somewhere, a Gap executive is hoping that Bravo doesn’t get any ideas.